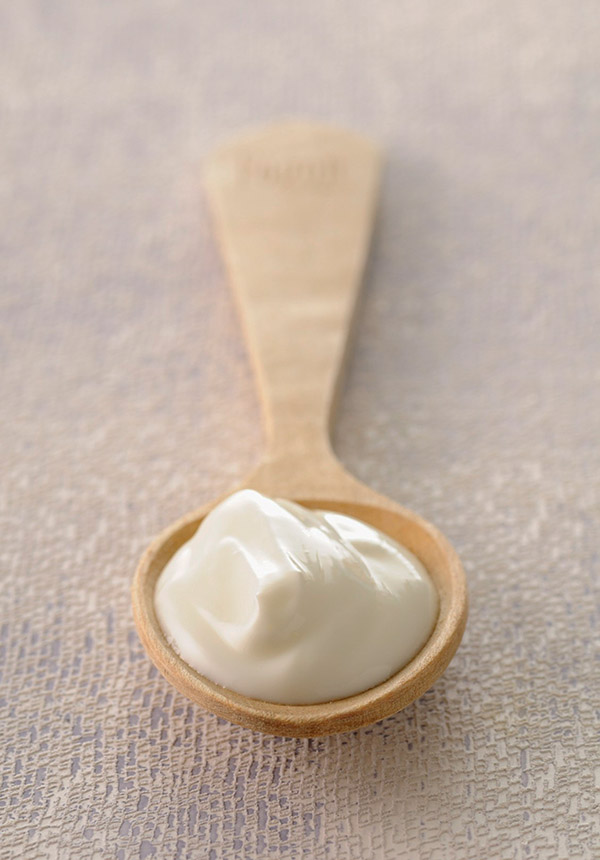 A Food Product with a Diverse Composition

Sour cream contains all the necessary main nutrients in appropriate proportions. As the sour cream on sale in Estonia mostly varies in its milk fat content we’ll discuss that first.

The higher the fat content of the product the more food energy it gives to the consumer. Each 10 percentage points of fat increases the calorific value of each 100 grams of the product by around 90 calories.

A 100-gram portion of sour cream brings about 20% of fats into our gastrointestinal tract. This amount of fat contains 2-2.5 grams of the short-chain saturated fatty acids that are a very good way of satisfying the energy needs of the myocardium. In addition to the aforesaid, the mentioned amount of fat includes 5‑7 grams of mono-unsaturated and 0.4‑0.8 grams of poly-unsaturated fatty acids, both having a good effect on the human organism.

The same amount of sour cream contains only 9-10 grams of long-chain saturated fatty acids. Sour cream, of course, doesn’t contain the problematic trans-fatty acids. The higher the fat content of sour cream, the thicker is the cream and the silkier and softer it tastes on the palate.

Sour cream with less than 10% fat, that is thinner, can nevertheless be thickened with natural thickening or milder firming agents. In practice, various modified starches or gelatine are added to thicken sour cream.

Even those who prefer fatty foods may consider sour cream with the highest, 30% fat content, too rich a mouthful.

In addition to milk fat, sour cream contains also proteins that originate from milk. Consequently, all the goodness that is present in the case of milk proteins is also there in the case of sour cream proteins. As the human organism doesn’t need only food proteins as such but the amino acids they contain, we have to stress the importance of the amino acidic composition of these proteins, as they are appropriate and proportionate to the human body.

It is also good that the fermentation process itself and the acidic environment favour the preliminary alteration of the milk proteins in such a way that they are digested more quickly and efficiently. To be honest, the relatively small protein content in sour cream is a disadvantage. Depending on the fat content, 100 grams of sour cream contains only 2.6–3 grams of protein.

There is a rule that the higher the fat content of the product the lower its protein content. You cannot increase the amount of proteins even by eating more sour cream, as your organism would get too many calories.

The carbohydrate content in sour cream varies to some extent – from 2.7 to 4%. There are two reasons for this. Unlike many other dairy products, carbohydrates are not added to sour cream during industrial processing. Sour creams that contain modified starches as a thickening agent are the exception.

The other reason is that sour cream is manufactured rather quickly and the product doesn’t become too acid, so milk sugar cannot disintegrate due to the acidic environment. Milk sugar or lactose comprises most of the carbohydrates in sour cream.

Compared with ordinary milk, sour cream has less lactose, as part of the milk sugar is used by the bacteria in the starter. It helps them to reproduce and produce organic acids suitable for the cells of the mucous membrane of our gastrointestinal tract.

Only a few special types of sour cream have a reduced carbohydrate content, where the amount of milk sugar has been considerably decreased with the help of the preliminary enzymatic processing. These products are meant for those people who suffer from lactose intolerance. To be honest, the taste of this sour cream differs from the taste of the ordinary products.

As sour cream is produced from cream, it too contains minerals necessary to people, especially calcium and phosphorus compounds. The very low sodium content of natural sour cream is also advantageous. Sour cream with a very high fat content can be considered an additional source of vitamin D.

People most often use sour cream in salads, and this is very good practice, taking into consideration its biochemical composition. Namely, salads usually consist of a variety of products that contain both fat- and water-soluble components, and sour cream contains both the aqueous and fat phases. When added to salads, sour cream acts as a homogenizer, dissolving components with adverse characteristics.

Despite the good taste of natural sour cream, some people like to enhance its flavour with herbs and spices. One of the great culinary characteristics of sour cream is the fact that it is an ideal environment for various added flavours. You can blend different ground spices in sour cream and let the components dissolve in the various parts of the creamy substance.

You can make a dipping sauce from sour cream. Such a thick and strongflavoured cold dressing is usually made from 20% sour cream. Dipping sauces are also on sale, either ready-made (with herbs; with garlic and cheese or tzatziki flavoured) or as dry powders. In the latter case, the powder mix should be blended into the sour cream in the right proportions and allowed to season for some time.

Sour creams produced in Estonia can usually be kept for 10–15 days. Sour cream can be stored at cold temperatures and in unopened packages (2–6 oC) for even longer – only its taste becomes more sour. That’s the effect of the lactic acid bacteria that help to preserve the product and that ferment it further. At the same time, sour cream is not at all so acidic that it causes health problems to people who don’t readily tolerate food products with a high acid content.